RUNNING 45 MINUTES, AND ADAPTABLE TO VIRTUALLY ANY SPACE, the performance
can also be paired with safeTALK, a 3.5 hour suicide safer certification workshop.  This workshop helps the audience become empowered to recognize and engage with those who may be having thoughts of suicide, and how to find them help. 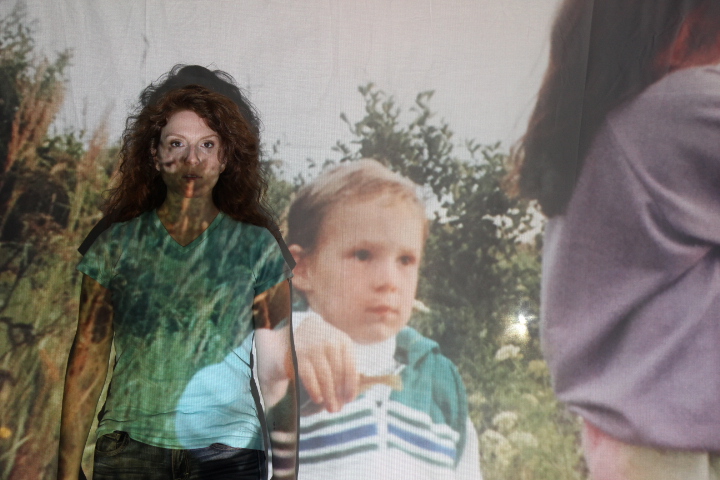 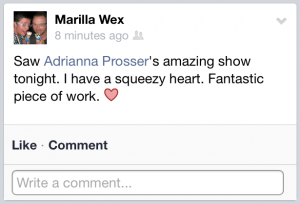 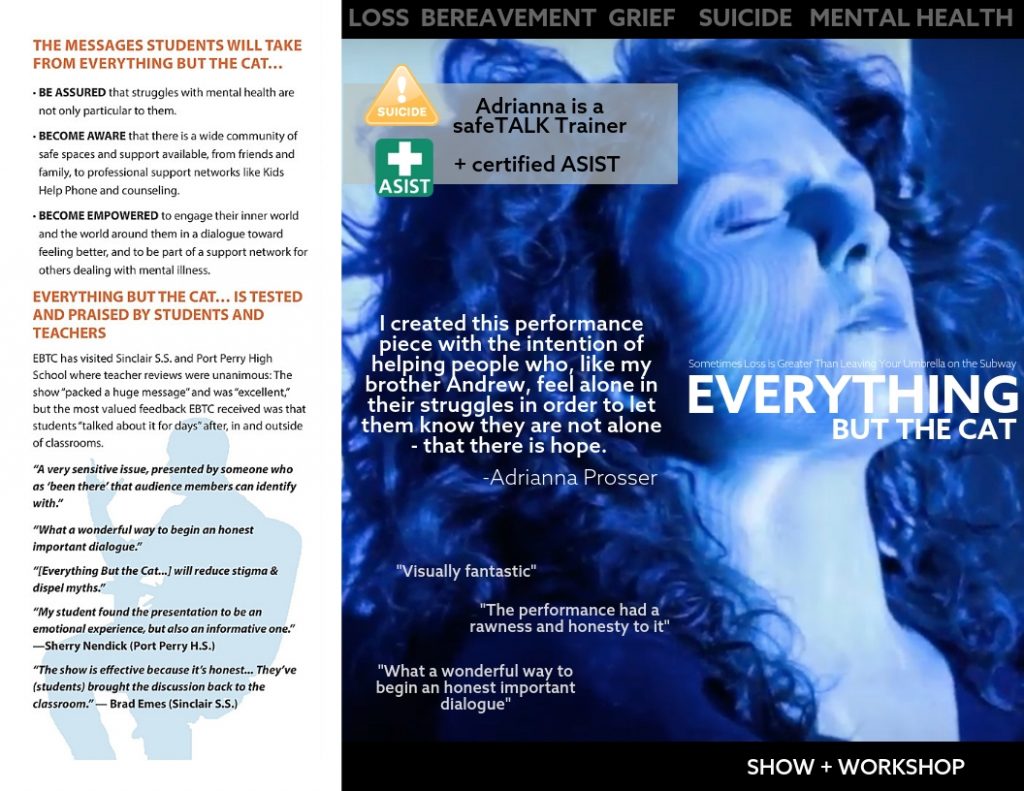 Adaptable for most any indoor space, our tech includes:

What we will need from you:

Learn more about the Workshop safeTALK here and combine it with Everything But the Cat… to empower the audience to be suicide safer in their community.

Stevie Baker is a producer, costume designer and stage manager. Internationally, she has worked with Kansas City’s MET and served as Artistic Director for the Daegu Theatre Troupe in Daegu, South Korea. Stevie is extremely proud to be the resident head of production, and primary costume designer, at her theatrical home Dauntless City Theatre. Favourite credits include directing Zora Neale Hurston’s Lawing and Jawing and A Streetcar Named Desire for the DTT. Recent productions include Lysistrata (how.dare.collective 2017 Toronto Fringe), The Winter’s Tale (Leroy Street Theatre), Out at Sea (Leroy Street Theatre) and Lakeboat (Unit 102). Stevie is ever grateful for her magical children Stella and Gilda.

FOR MORE INFORMATION OR TO BOOK, please email Adrianna: