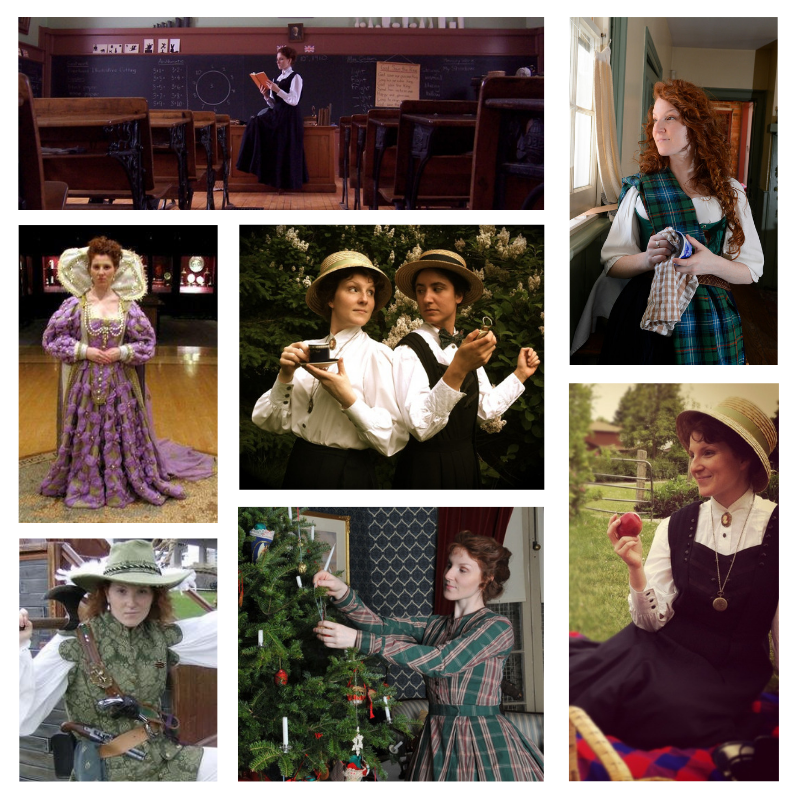 Adrianna is a Historical Interpreter for the City of Toronto since 2007. Her love for storytelling has led to many theatre-in-education projects through many museum houses: Gibson House, Colborne Lodge, Montgomery’s Inn, Zion Schoolhouse, Ontario Science Centre, and the ROM. Adrianna toured Ontario in 2013 with “The Wharf” as an Irish immigrant coming to Canada with the Red Path Tall Ship 1812 Tour. She is currently part of the Colborne Lodge’s team where she participates in program delivery and development, including summer camp and special events, and social media digital storytelling. Adrianna also leads historical walks, talks, and tours at her museum locations.

Creating online content that interprets and explores history is something Adrianna is always keen to do! Like her Monsters in Museums video:

She has also written several unique theatrical experiences complete with interactive components, including hearth cooking workshops with edible history! As Playwright in Residence at Gibson House Museum and Zion Schoolhouse from 2008-2012, Adrianna created four theatrical productions and the outreach theatre program of “The Lost Ladies”. These events sell out quickly, and audiences adored Adrianna’s portrayal of Catherine Flinn in her theatre-in-situ play “Pratties & Point” calling her use of acting, history and improvisation “creative” and “wonderful” and “so imaginative”. Here is a look at some of her projects:

“Theatre-in-education specialist Adrianna Prosser’s transformation into Catherine Flinn will fascinate, touch your heart and entertain while you immerse yourself in this 1800s environment. Inspired by the intriguing reference to a young Irish immigrant in the Gibson household in the 1851 census, Adrianna’s research into diaries and documents of the Irish experience has enabled her to create a living Catherine whom visitors will come to admire and care about. Hear tales of the famine and what it was like to travel to Upper Canada.”
-blogTO 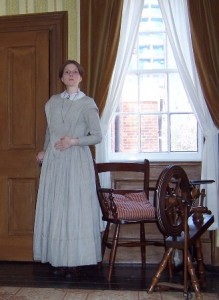 Adrianna as Catherine Flinn in her self written one-woman “Pratties and Point: the Story of Catherine Flinn” with The Gibson House Museum in North York Toronto 2009.

“The lady that portrayed Catherine Flinn was amazing. It was so real and she took you back to this time period.”
-Joyce Dennie, Pratties & Point Attendee 2009 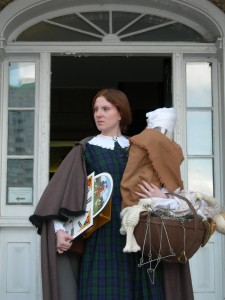 Women in history often go unheard, which led Adrianna to write a historical look at what the women of Victorian Toronto had to go through when civil war broke out on Yonge Street in the 1837 Upper Canada Rebellion. Adrianna wrote and acted in her “Rebellious Women: Teaspoons Raised” to an over-sold out run with the Storytelling Festival of Toronto in April 2011. The show was remounted for the 175th Anniversary of the 1837 Upper Canada Rebellion in December 2012, and for Canada 150 celebrations in 2016. The story of Mrs. Gibson and her neighbors recount the story of the wives, mothers, daughters, and sisters of the men who fought bravely that December. 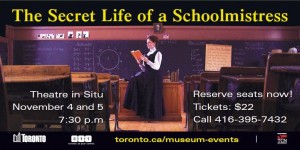 When Adrianna moved into the Zion Schoolhouse as an historical interpreter she was inspired to tell the stories of all the Schoolmistresses of the 1900’s. Taken from diaries and letters, her play deals with the hardships of being a woman surrounded by the community she serves. Her journey through finding love, being accepted as a working woman in a new era, as well as dealing with WWI, “Hattie” is a story about how the Edwardian woman came to be the modern woman. Joining her team is Maggie Newell, Liam Hanebury, and Sarah Brose as the cast of “The Secret Life of a Schoolmistress” which sold out both runs and even made the Toronto Life’s Top 6 Things to do in Toronto November 2011! A remount in April 2012 had in attendance Ann-Marie Macdonald, the Canadian Literary icon and playwright, with her daughter, and both hailed Adrianna’s production as “wonderful work.”

Adrianna’s creation of The Lost Ladies was to raise heritage awareness, in particular of Zion Schoolhouse Museum. These clown-like ladies go out into Toronto to “get lost” at events and meet new audience for the museum. Several videos have been created by Adrianna, who is the main Lost Lady, Lady Myrtle. 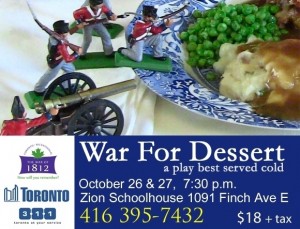 Adrianna’s “War for Dessert” was adapted into a theatre-in-education program to tour the City of Toronto Museums in 2013. Collaborating with Liam Hanebury,  a multimedia experiment was created to explore the reasons why the War of 1812 happened in Canada. It combined puppetry, projections, and of course, dessert.