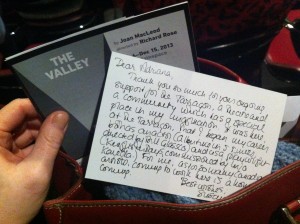 One thought on “You made me cry and that’s a good thing.”