I have to live up to my Merida claims – keep working on my Scottish accent, get on a horse whenever I can, and get to the range: 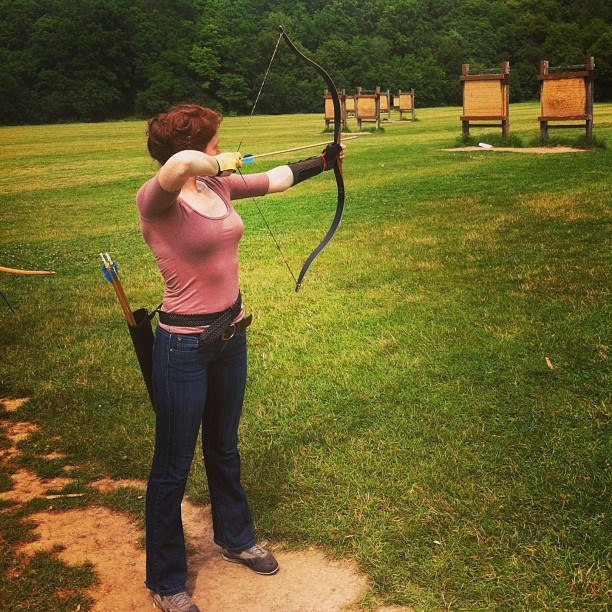 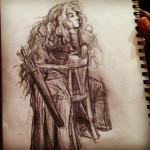 I’m very pleased with this first round of hair shaping! It goes well past my hips which isn’t necessary so I need to figure out what I want to do with it. Plus I want to add bulk without the weight. Hmmm… All this needs to be done for next week! On June 4th I am Merida!

Have you ever had a Disney Princess that you adored? For a time – it was Belle. She was the only brown eyed somewhat auburn haired princess I could relate to. She liked books. She was independent and brave. Then came along Merida (from Pixar/Disney’s Brave) and I was OVER THE MOON! A red head with a stubborn attitude, a love of archery, a “no man will define me” view of life… hey it’s like they read my diary 😉 Sure there was the red headed Ariel – but I’m not part fish. And Merida fought while Ariel sang.

So I’m excited to be Merida – I’m trying to get into the character scene as her. I have my own bow and arrow (horseman’s bow) and I have owned a horse in the past so I want an Angus for sure! When I dressed up as her for Hallowe’en (my step-mom made me the dress and I felt like a giddy 7 year old all over again!) my friend’s daughter saw my pics on facebook and said “She’s Merida! I want my picture with her!” and so we did just that…

I hope to bring Merida out to teach girls to be independent and brave in their own lives. Maybe teach them a thing or two about combat and archery and of course safety. Maybe I can team up with a stable and have some riding lessons with them? Who knows! I just know I’m excited to have played dress up this past weekend with a little princess 🙂