I have had such a great time creating and sharing with GhostLight! I am working on Studio Sessions as a Digital Producer behind the scenes, and recently I filled in for our regular host Charlotte Gowdy in front of the scenes… that’s not the saying but you get me.

I have been so lucky to have met and befriended EB Smith through GhostLight, and then again to have this conversation with him on Studio Sessions. I have much to learn and unpack but with people like EB who is such a superstar in compassion and patience, I know I can become a better ally. Here have a watch:

I have always loved puppets. I used to be a puppeteer for The Concerned Kids for a long time, and also led their training program for a while.

My love for puppets starts WAY BACK when Sesame Street and Fraggle Rock was on TV, and my very favourite Today’s Special. It was a dream come true to meet puppeteer Nina Keogh and her puppet Muffy the Mouse in 2018…

And of course loving the work I get to do with puppet savvy Eldritch Theatre manning their social media/marketing/producing. And sometimes I get to hang out with fellow puppet lover Jay Fosgitt (who actually drew me into the Henson Universe as Pebbles Fraggle!)

But I so rarely get to actually play with puppets anymore.

There has to be an answer. I have puppets ON MY WALLS to play with at any time and I just… don’t? Procrastination swirls as I get bogged down in the “but what’s the story?” or the worst part of my anxiety, “this is stupid. No one will like it but me.” But really? Who cares. Some people knit, some people take up painting… I want to PUPPET. So if you enjoy a good muppet puppet time you can see me try to get into the puppet groove on my new IG account: https://www.instagram.com/muppetpuppettime/

I want to stop overthinking it and just DO IT already, so sometimes it will just be silly playtime, maybe a fun filter, or it could actually be a full story – the point is to just PUPPET everyday, even for a minute. That’s the goal, but I know life happens and this should never be a thing to stress me out so if I miss a few days that’s going to be okay too.

I’m hoping this will be as enjoyable for those watching, and hey, if you want to be a guest and hangout with Pebbles let me know!

Each character is from 1847, old Upper Canada, in the wilds of the new land called home – the outback of the Western world.

Some of you may know I am a suicide loss survivor, and some of you even know I am a safeTALK trainer. It would be amazing to have you at my first public workshop this November 19th for Suicide Loss Survivors Day at Red Sandcastle Theatre in Toronto.

I will be leading the workshop, and Jason Martorino, a teacher and Distress Centre volunteer with his ASIST, will be on hand to help those who may feel triggered or need a moment with someone who has crisis intervention training.

safeTALK (suicide alertness for everyone) Workshop with Stories Like Crazy

My talented friend Ryan Fisher of Rainyfresh Photography let me check a bucket list item off my list: being a historic cowgirl. I have always loved Calamity Jane (from Deadwood was an amazing interpretation!) and Back to the Future 3 – heck I live my life in the times of the Gold Rush, but I’m stuck in Toronto 1850s not the Klondike! My costume in this photo-shoot was inspired by Calamity’s classic look from her 1880’s portrait, too. I have been training to be her with stage combat, whip work, gun work, and of course horseback riding.

My friend Phil from Stageworthy Podcast wrote this when he saw the Rainyfresh edit of the photos:

“Red Anna. Some’ll tell you that her hair wasn’t always red. That it turned blood red from the entrails of the men she killed. Others say that it’s red because it was touched by the flames of hell. Still others say that its the dark mark upon her, placed there for some sin too dark to mention. What the truth is, none can say. But she’s earned each and every tale that’s told about her, and more.”

So here is Calamity Jane’s 1880 portrait I used to inspire my costume that I put together myself: 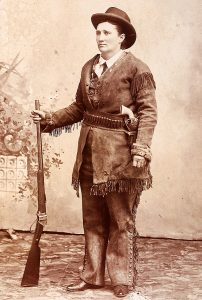 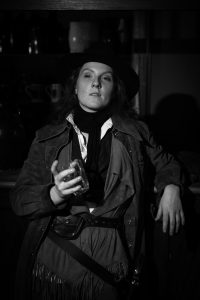 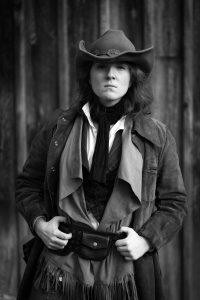 And here is Robin Weigert as Calamity Jane on HBO’s  Deadwood TV series (which I adore and renewed my faith in great parts for actresses – what a gift and what a stellar performance, you have to see this show!) 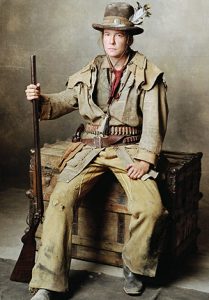 Here are some of my favourites, shot at the historic Montgomery’s Inn:

I can’t help but gush about this great moment in my geeky life: I am now a Fraggle at Fraggle Rock and part of the Jim Henson universe!!

Did you watch this amazing (Canadian?!) muppet puppet show?! It was one of my very favouritest as a child and it fills me with great joy to be a part of this universe as Pebbles Fraggle: 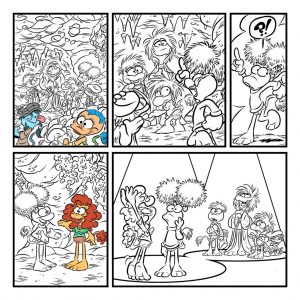 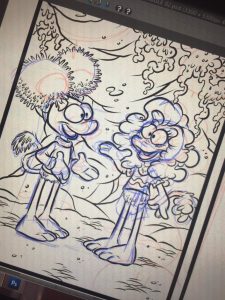 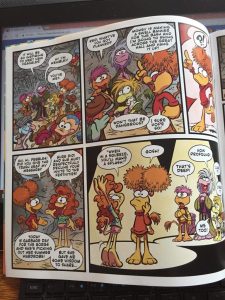 My nickname is Pebbles, as in Flintstone since birth from my Dad, in fact my little brother Luke didn’t know my real name was Adrianna until he was about 6 years old as he always just called me Pebs. They still do today ❤ so when Jay Fosgitt who is SUPER AMAZING and asked if he could make me into a Fraggle in his Fraggle Rock Comic book debut I was over the moon! Of course she would have big red hair but… Red is already a beloved Fraggle so the name was taken. Enter my nickname: meet my Fraggle doppelgänger Pebbles from Fraggle Rock! I am so excited to have my copy and one day I will have her as a real muppet puppet too. 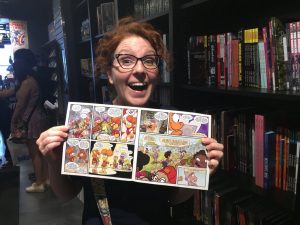 So I had a fun opportunity with Misfits Audio to do some character voice over work as Carley, a car accident victim who is confused by the afterlife. Here check it out: 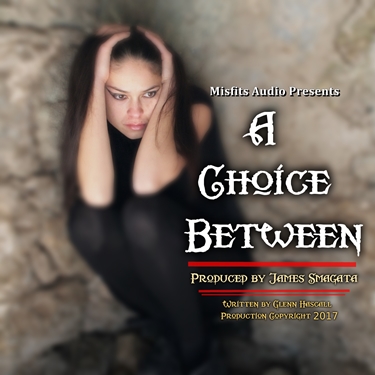 Young Carley Jeffers experiences the unknown after a tragic accident.

All the characters portrayed herein are fictitious. Any resemblance to actual persons – living or dead – is purely coincidental. 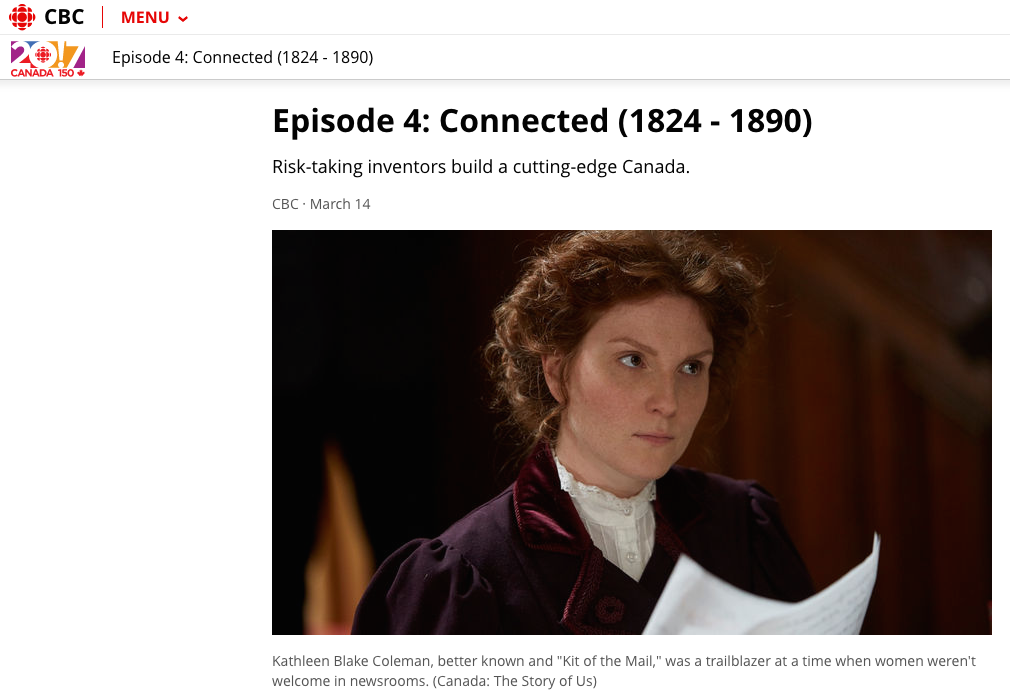 It’s no secret I’m a huge geek. Nerd? There are times when I am both! Like in my latest photoshoot with Photos by Jo (and make-up by Coral who wanted me to really dive into my geek branding as I’m now hosting Geektropolis and of course I said “Affirmative. Engage.” and quickly had a panic attack about which shirt to wear – I have SO MANY geeky t-shirts! 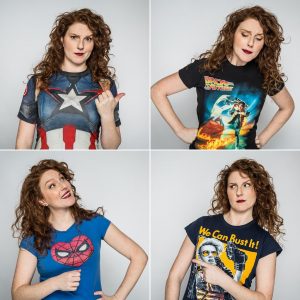 And the best Captain America I can do without fully cosplaying it in camos: 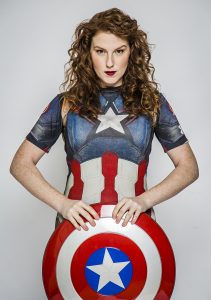 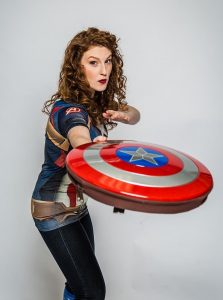