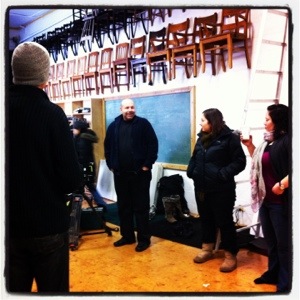 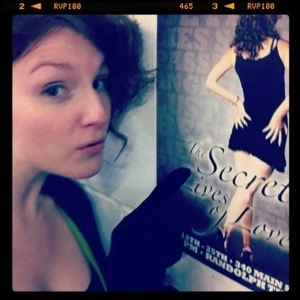 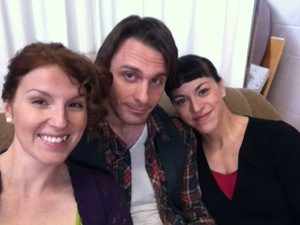 First day on set for Secret Lives of Lovers was so fun! Though the snow storm from yesterday rendered most of Toronto’s streets useless – we still trudged on for our external shot of the day with me waiting for a ride home after shopping. We had to shovel the streets to get the car on its mark.
Back inside was more fun in the warm as we did the “dance rehearsal” scene.

I’m happy to find fellow comic nerds and geeks on crew to talk nerd with over the next month!

Here’s the fake poster for my show within this film – it even kinda looks like me!

Tomorrow is the dreaded Tango Performance!!! Ahhh! But if today was any indication – it will be so fun!

And now for reward sushi – because sushi is ALWAYS a reward 🙂

I have started my tango lessons – and guess what? I’m not entirely lame at it! I was told by my partners that I follow their lead really well and that I will pick it up in no time. Here’s hoping.

In case you didn’t hear I got a leading role that has some tango attached to it. I, in fact, do not dance. Or at least, I’m not a dancER. I like to dance, and I’m finding that I like to tango. That is, I just started so the basic steps are fun at this point. I can’t wait to get to this level:

Tonight I have a sit down table talk with my director Marc Morgenstern from Five Strangers Films about my character Grace and who she is. I’m excited to get deeper into this project!