Skip to content
Adrianna Everything But the Cat..., Theatre 20 September, 2017#MH4A17, CMHA, Conference, EBTC, Everything but the cat, storytelling, thank you 0 Comment 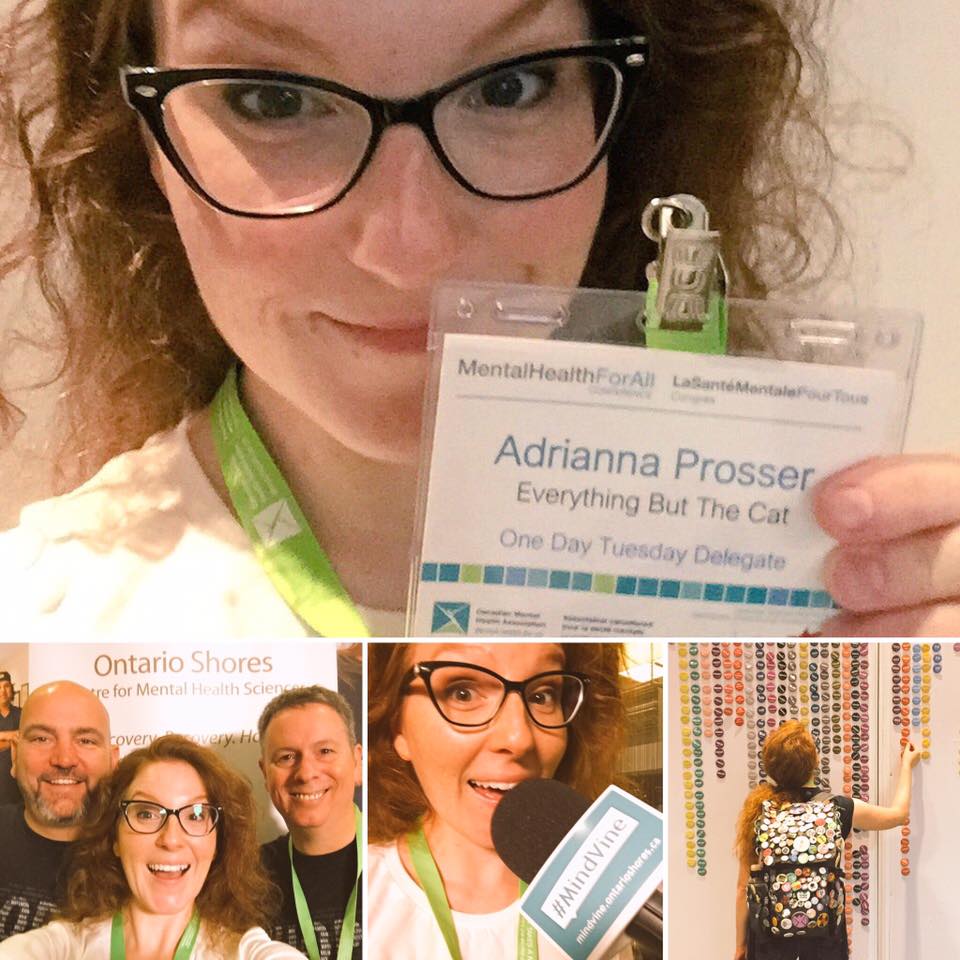 A few years ago something dreadful happened. To deal with it I wrote a thing. But I did other things to deal with it too. One of those things that I don’t talk about too much is the fact that I needed music. I needed it like my body needs water. I didn’t want to think, and music was a beautiful way of turning my inner monologue off to listen to lyrics and instruments and get lost in both.

I became a Kate Nash fan after a friend in Vienna introduced me to her video “Foundations.” This was music that made me feel like I was a person again and not a grieving robot set to cry and mourn and sometimes eat. Her honesty, and at times vulgarity, really helped me find me again. My inner monologue, which I judged incessantly, was finding a friend in Kate’s lyrics. I seldom laughed in the first year of my bereavement – but I know I laughed at the song “Birds” and how much I agreed with the analogy of love. And “Pumpkin Soup” made me feel better about not wanting to jump into a relationship. “Nicest Thing” made me want to be me again, to find myself so I could find someone who would want to know me: “I wish that you knew when I said two sugars, Actually I meant three” and finding songs that let me sing along to lyrics about redhair and freckles just made me smile. “I’ve got a secret” made me think of my brother who kept his depression to himself, so much so that we didn’t know how much he needed help. I found her albums were good companions to what I was going through.

We often thank our friends & loved ones for the support they give us in hard times, but I would like to thank this stranger, this artist, Kate Nash, for the music that became the soundtrack to the year of my deepest bereavement.

I bought her new album and just saw her in concert (!) and I got a lil fan-girly when she followed me back on twitter. And though I am past the depths of my bereavement, I still feel loss, especially around this time of year. It’s fitting that Kate’s tour came to my town in November, just when the annual soundtrack gets played on repeat to deal with the anniversary of loss in my life. But it’s like saying hello to an old friend who helps me with the goodbye I must face every November.

So thanks not only to Kate Nash, but to musicians everywhere who encapsulate our deepest darkest moments as well as our highest brightest days for us. Music is its own therapy that we sometimes undervalue as it’s an everyday event for us, what with radio/online streaming/mp3 players.… It just hangs in the background. But take a moment to shift it forward. You know those little zen moments you’re supposed to do to ‘rejuvenate’ in a minute? Instead of silence, might I suggest some decibel therapy and rocking out to your favourite music for a few minutes instead? Get in the shower, or lock the car doors, or go to the stairwell and just ROCK. THE. FUCK. OUT. I’m pretty sure you will feel amazing after. I know I do.

Hope this finds you smiling.
Rock on.