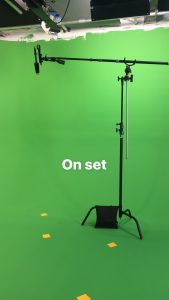 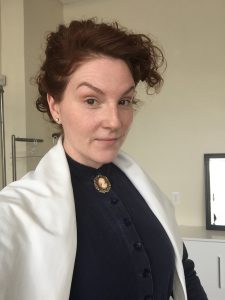 I was on set for The Spell Tutor as the creator Herman Wang asked if I would want to play a Victorian witch, knowing full well that 1. I am a huge geek 2. I am a Harry Potterhead 3. I am a Victorian for most of my time at the museums. So naturally I said yes! I played Dorthy Kelpie, a Victorian woman trapped in another dimension.

This is their final season and it looks like I will be in episode 4 of it. I had my scenes with Parissia played by Alexandra Bayer. I don’t want to spoil the plot but I will definitely post the final result when it airs as I haven’t had much fun with green-screen and this was a treat to do.

Thanks for having me on the show! And congrats on 4 seasons!

We are finally filming episodes for Cranium Cookie and you can find some fun behind-the-scenes stuff on our facebook page: https://www.facebook.com/pages/Cranium-Cookie

Other than that I’m busy making a 10 minute education video for Gibson House Museum explaining the reasons and lead up to the 1837 Rebellion of Upper Canada to use for programming. Should be fun! I love history!

Next up is a super secret project that includes using my whip and fight skills in a short film and then learning a Louisiana accent  for another project. This is gonna be an excellent end to 2014!