Just a note to say… 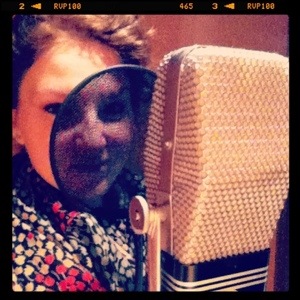 I adore being in the voice booth!

And – I know this is going to sound weird – but I kinda like hearing my recorded voice. Ya. Weird right? I have a hard time watching myself on screen, but listening to myself is fun.

I think after this movie I will look into some mic technique classes. I started doing some things in the booth that I thought were helpful: breath in (because they can hear that) and then 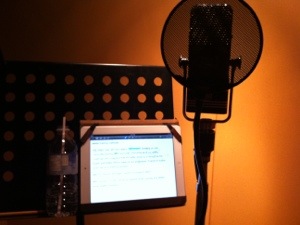 waiting a moment to begin. LIttle things like that that I assume are helpful to the editor. I want to know more of that – I also want more gigs in the booth!

Both of these pics were taken at the sound booth in Tricon Film & Television Productions and they have such a rockin’ crew. Thanks for the awesome gig!